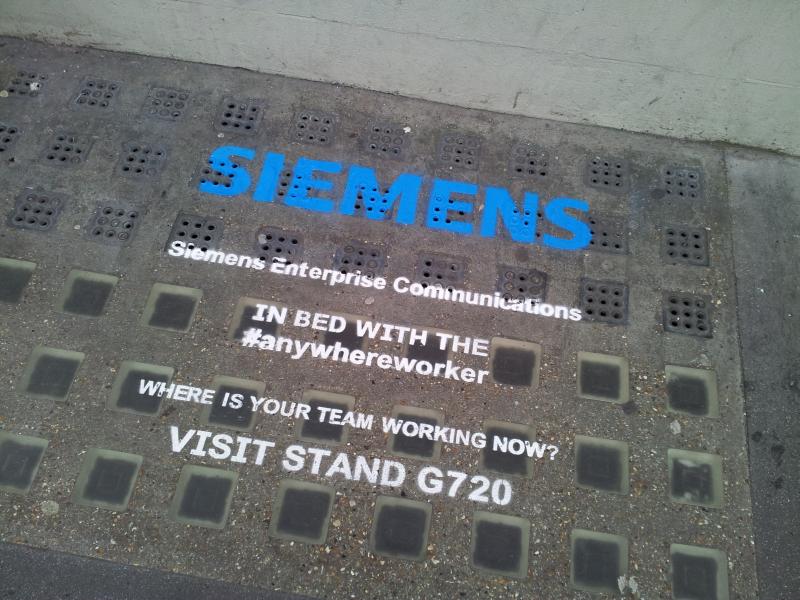 We had a call from Siemens Enterprise Communications to go down to London and film their Flashmob that was linked to their #AmplifyTeams initiative.
It was very short notice, and the request was for a single camera, but us being us, we decided to bundle in a couple of others to capture audience reaction.
[youtube]http://www.youtube.com/watch?v=MirMRWhkS1c[/youtube]
We had no idea what we were to be filming (initially I thought it was actually employees from Siemens), but on arrival found out it was the awesome Rudeye professional dance agency.
The only places I could set up the cameras was one up in the gallery, and one on top of one of the Siemens podiums. I then was mobile with a handheld rig.
Security were amazing at Olympia – we had a wierd incident with the gallery camera, where someone decided to stand next to the camera and try to kick it(!) as the Flashmob started, but security jumped in and sorted that out.
So the final video was completely unrehearsed, seat-of-your-pants job, but hopefully the energy of the event comes across, and that’s really what I wanted to capture.