Definitely warmer to day – all the snow has melted off of the village roof tops and the biting wind seems to have dropped for the moment, although there is a mist rolling in from the West. We had a leisurely breakfast this morning, enjoying the traditional continental spread laid out by the lovely Sporthotel Igls 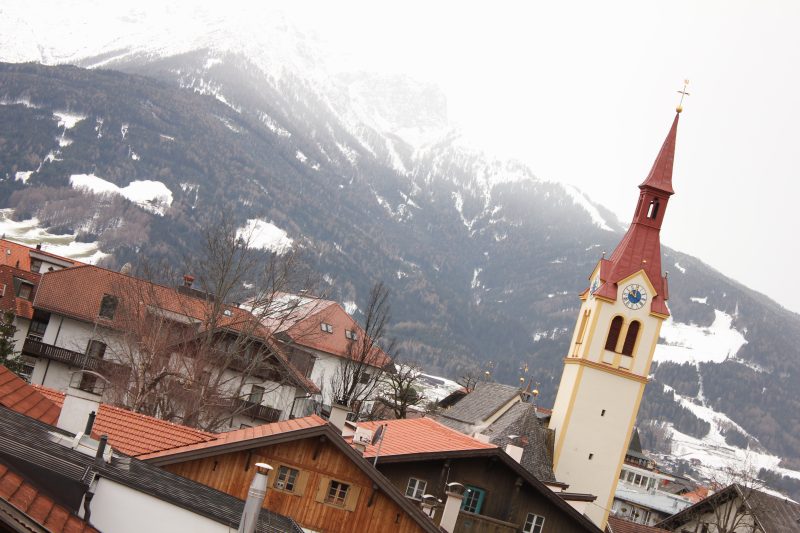 We were filming Sir Andrew Ridgway, Chairman of the Great Britain Bobsleigh Team at 10.30, as well as Gary Anderson the teams Performance Director, so that gave us a little time to wander round the village of Igls and admire the scenery. 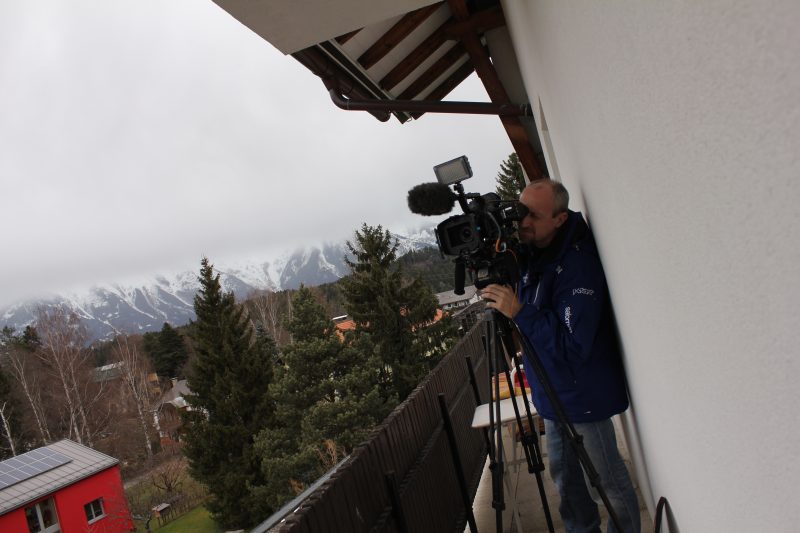 We chose a backdrop with the village of Igls in the background as well as the spectacular mountains behind.
Gary and Sir Andrew were a dream to film an only needed one take each! Both talked confidently about the hopes and aspirations for the current teams as well as the upcoming Futures Program, designed around recruiting the next generation of Bobsleigh medal winners! 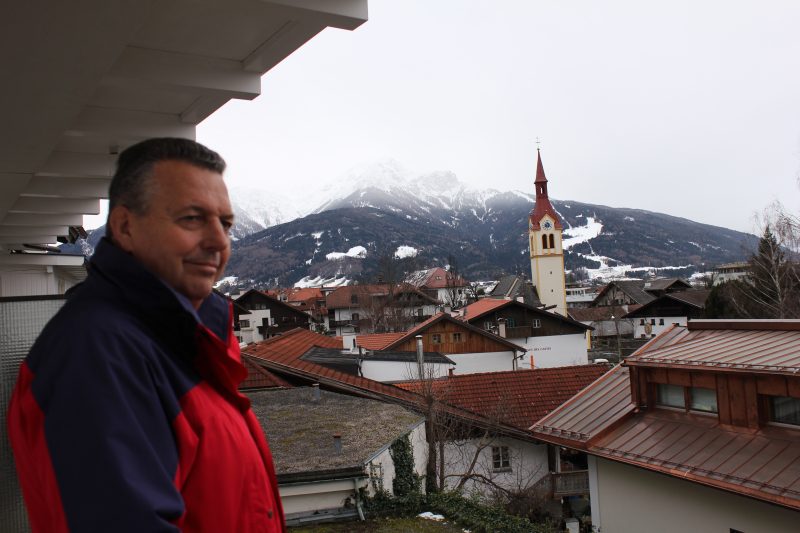 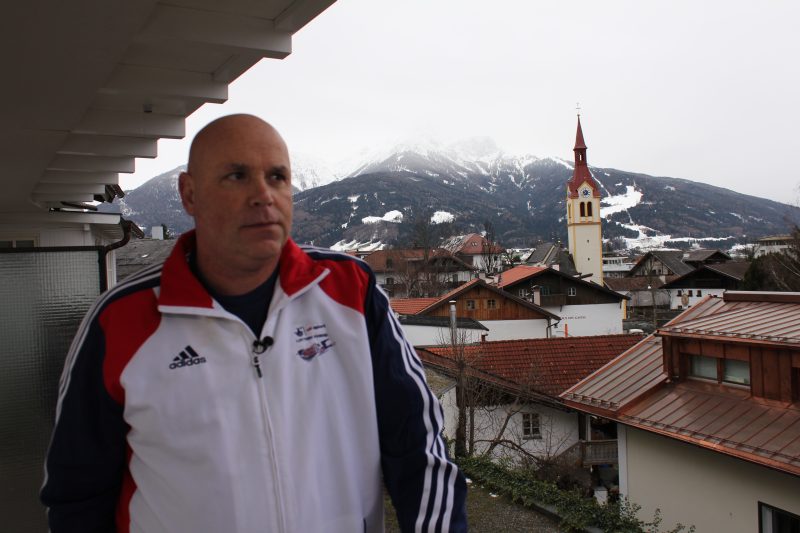