Anyone that knows us would think – Steve and Sheila CLUBBING!? Don’t worry we haven’t discovered that we like raving and all nighters! You will remember Joe Oakley – he reached the semi finals last year of Britain’s Got Talent with his amazing trials bike display. 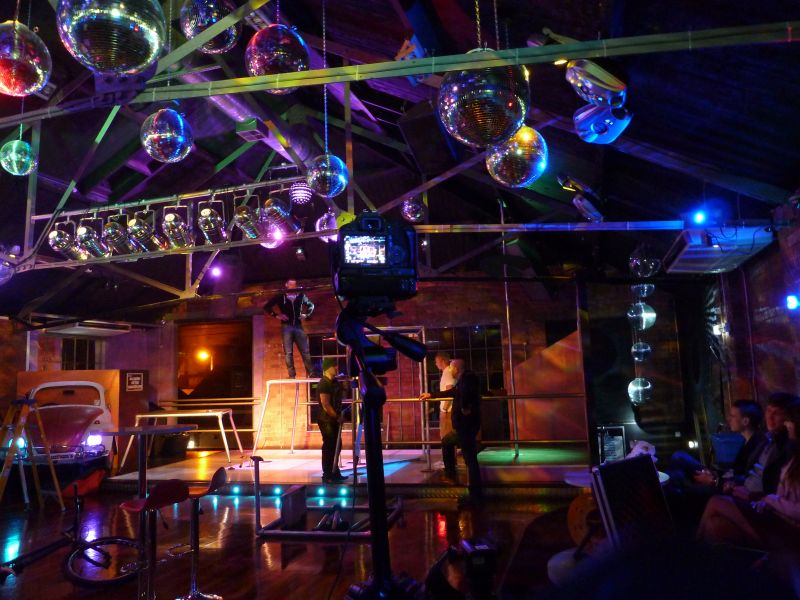 BigAnt were asked by Joe’s management team if we could produce a video of his show that he regularly puts on at venues across the East Midlands and further afield. The venue was Manhattans Long Eaton.

We arrived ahead of schedule so that we could get one of the camera’s set up for a time lapse of the guys building the rig that Joe uses for the show. Joe’s road manager Jay soon had everyone busy setting up and checking then double checking all the connections for the four platforms that were being used for the display. 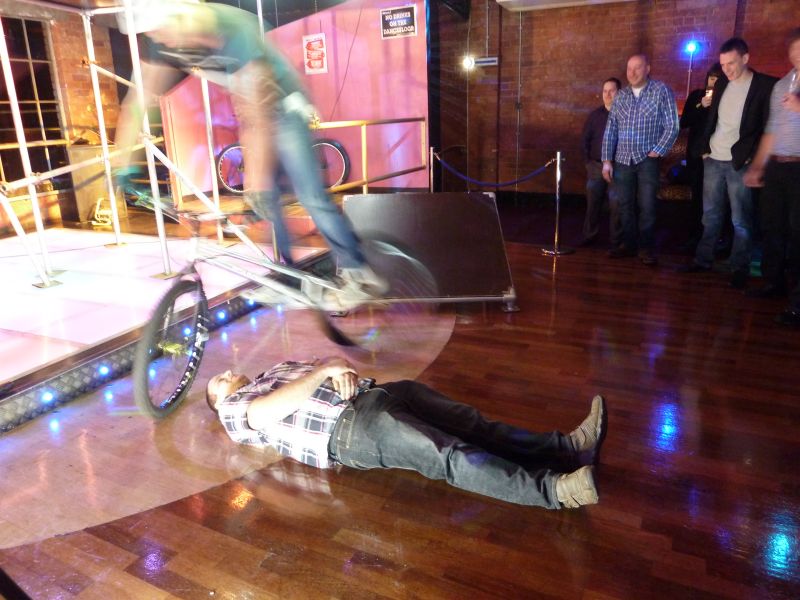 The show kicked off at 10 and the crowd were whipped up into a frenzy of anticipation by Jay, with everyone wondering how on earth Joe was going to get the bike up onto the top platform at a height of 10 foot!! After a warm up Joe was ready to start – and no-one was disappointed with his performance – jumps, 180 and 360 degree turns over “volunteers” from the audience,crushing cans with GPS accuracy and fortunately the same accuracy when it came to landing the front wheel between Jay’s legs!
Editing under way – results in soon!