Big Ant and the British Bobsleigh Team in Innsbruck – The Conclusion

We first met Gary Anderson from Team GB Bobsleigh when filming in Bath back in October 2010. Gary expressed an interest back then about having a video made to promote Bobsleigh in the UK. We stayed in touch via email and Twitter and then had a meeting almost 2 years to the day at HIPAC Athletic Centre, Loughborough. We were extremely pleased when Gary told us that he had been following our work and wanted us to be a Team GB Bobsleigh Performance Partner and contribute to the making of a documentary detailing the highs and lows of the Bobsleigh team getting to Sochi 2014, the next Winter Olympics.
Our journey back to Derby started on a high – then the questions started popping into our heads!

All things to consider, but they still couldn’t dampen our pleasure at being asked to work on such a project!
A couple of weeks later most of the questions were answered (don’t you just love Google!)

The Panasonic AF101 with external recorder was redesigned to make it modular as possible. This meant a strong carbon-fibre frame, which allowed easy mounting of the External recorder, EVF, batteries, lights and matte box.  Our Sony HXR-NX5E which we were using for high speed analysis was compact anyway, and having SDI’s on both cameras meant long cable runs for remote monitoring if necessary was no problem. 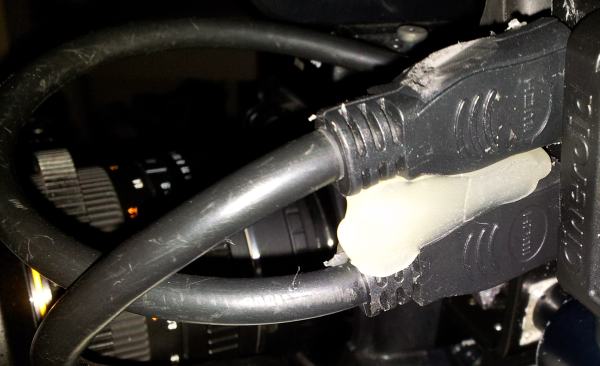 HDMI (I hate HDMI!) connections on the EVF were protected and held in place by my favorite fixer – hot glue.  This is wonderful stuff – non-conductive, very strong, but can be completely removed if necessary. It also adds a high degree of weather-proofing and reinforcement to delicate connections – just be careful not to get any in any sockets!

The Canon SLR which we were using for Hi-Res photographs we made lighter by removing the double battery pack.

We also took a Sachtler tripod for the main camera, but opted for a Manfrotto monopod for the Sony, and Canon SLR.  This pod has 3 small feet and a ball joint, and allows smooth pan and tilts.  It can also deal with a heavy camera, but is small enough to fit in a tube, with the Sachtler and light stands. It has a fluid head suitable for video too. 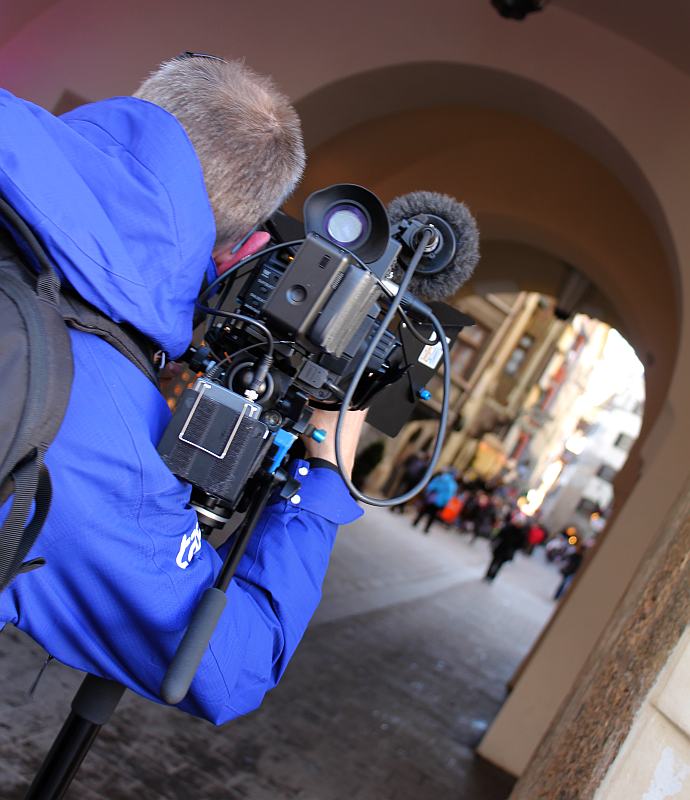 For lights we used battery powered LED’s.  These run off Sony batteries, and 1000 lumens a piece and are tiny.

For camera storage we used 5 320GB 2.5″ drives and a 240GB SSD for when the going got bumpy.  All the other cameras ran off 32GB class 10 Sandisk Xtremes.  We also brought a Hi-Spec i7 laptop with 1TB storage to act as backup.

So for most of our kit, we managed with 2 cabin-sized camera rucksacks, and the extra batteries, camera frame, extra lens and lights all fitted in a larger bag along with the tripod case, and went into the hold.  This meant that even if our hold luggage went missing, we would still be able to get footage.

The good people at Team GB had managed all the travel and hotel arrangements for us, so with our equipment modifications we were ready to tackle the weather and icy slopes at the Olympic Sliding Centre Igls Austria 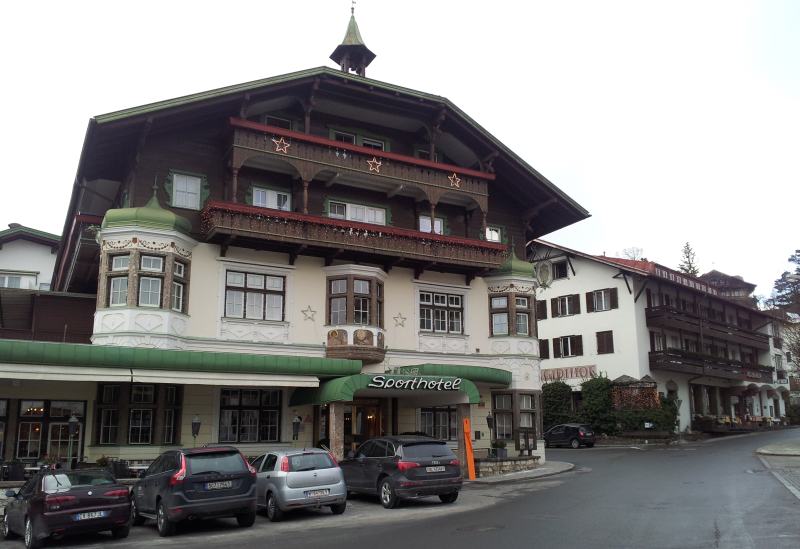 Equipment – did we get it right?

On the whole, Yes!  but with a few caveats.

Changing prime lenses on the slopes is not a great thing to be doing, so for that reason we have invested in a fast zoom for the Af101.  It is 28-70 which is perfect on a crop sensor, and is a fairly constant aperture – F2.6 to F2.8.  This is fast enough, and allows zooming without too much aperture adjustment.  The lens barrel does not extend so allows fitting of the Follow focus. 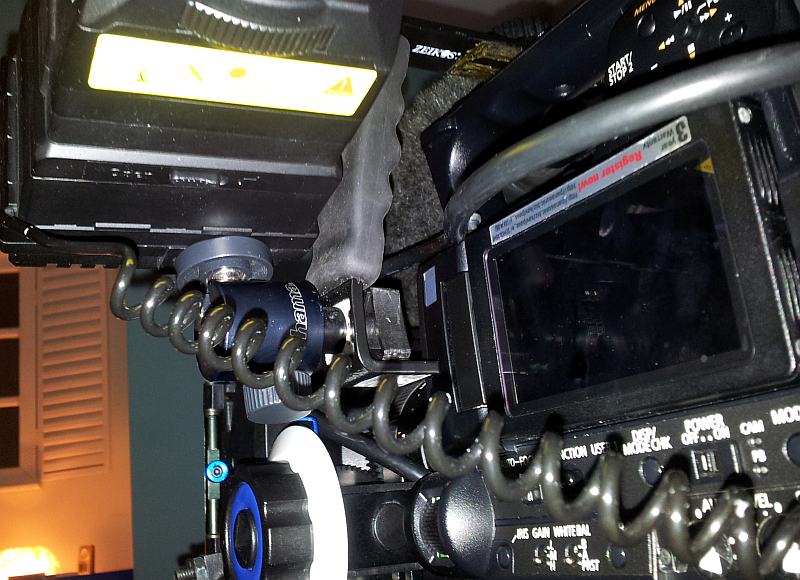 I have changed the EVF mount from the rails to the top handle. This is because it blocked the use of the Follow-Focus, and although the FF is not mandatory, it does make the focus more precise, and less prone to drift due to camera shake or hand movement.

The 2.5″ laptop hard drives were amazing.  Completely contradictory to everyone’s expectations they never failed – no dropped frames, data corruption or problem of any kind.  We had road tested them before we went and found them to  be great, but we talked to a lot of doubters.  However we generally dual recorded anyway so we always had a backup. 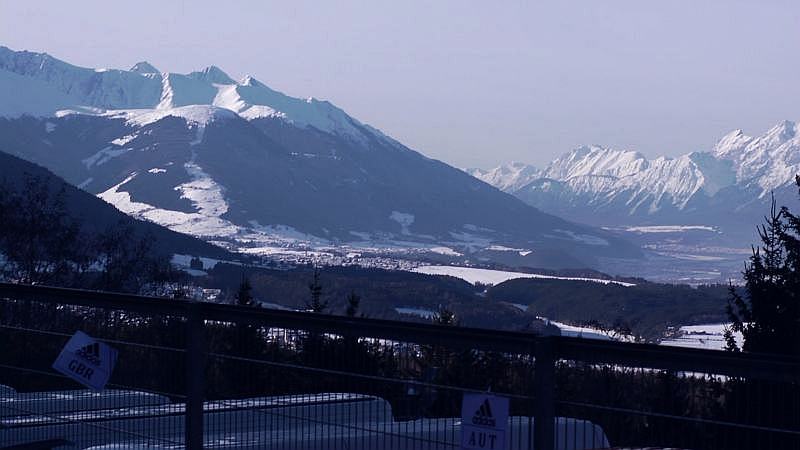 When filming the bobsleigh action we found the best settings were to over-crank the AF101 to 60fps, and record simultaneously on the Atomos.  This got round the ‘no-sound’ issue on the over-crank, and also gave us (albeit 1080i) backup of the progressive footage.

The Sony was great at the 200fps, but generally you were better off triggering a 3 second burst as the quality was higher than the 12 seconds and was ample for capturing the start.

Sheila took a lot of photos on the Canon, and although the burst mode worked fantastically well, the zoom she had was not adequate.  We have since upgraded to a 55-250mm which gives her much greater scope to get closer to the action, but without getting in the way of my shot! 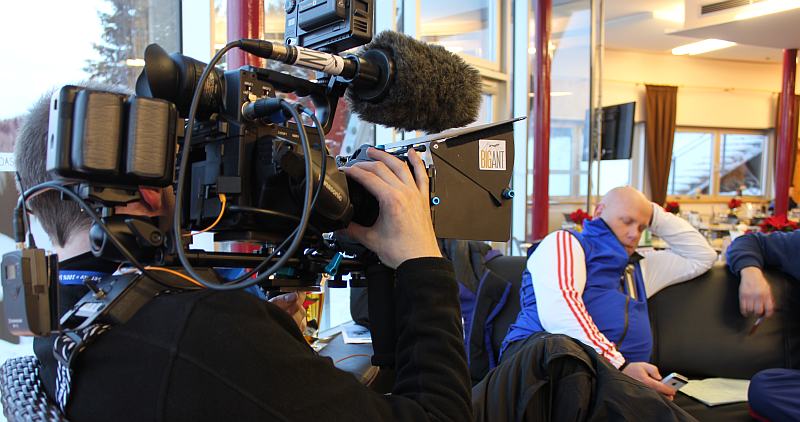 Batteries – this was the greatest surprise.  They all lasted incredibly well, even at -12c.  The only ones I had an issue with were the Canon 7.2v for the EVF.  However a 12V Li-Ion 6800ah battery pack ran it for a whole day and solved the problem nicely.  I have since found that Lithium Ion batteries are supposedly able to operate even at -60 – it was the Nickle Metal Hydroxide (NimH) and Nickle Cadmiums (Ni-Cad) that used to suffer shortened life span.  The only thing Li-Ions hate is extreme heat apparently.  Well – luckily they cannot Bobsleigh in the Sahara!

Finally – a good shoulder mount system is unbeatable for ease of use, and speed of response to changing circumstances.  By fitting a downwards rod from the frame, I could almost spin round without needing to hold the camera, and it made it feel weightless. 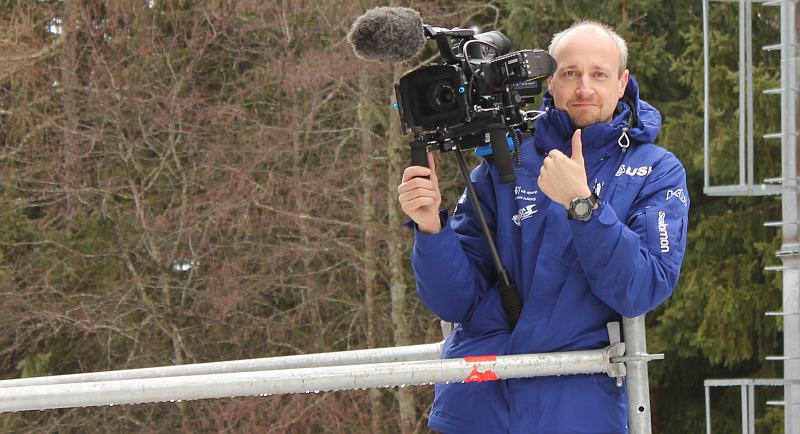 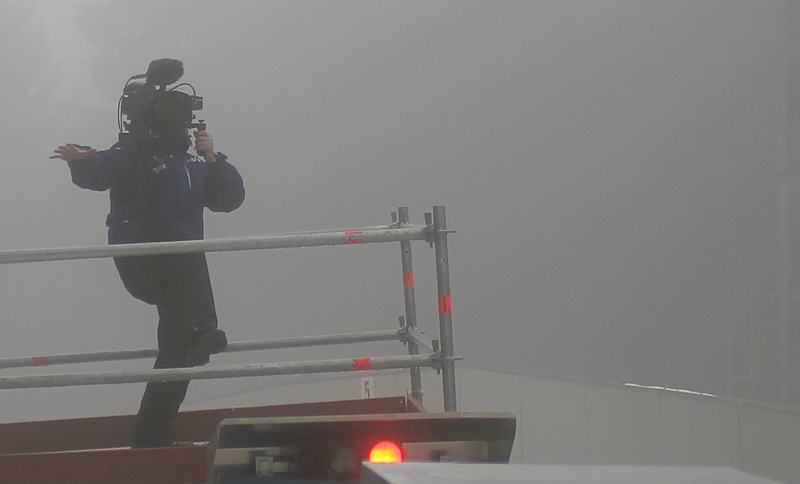 Lauren Forrow from Team GB Bobsleigh @LonForrow – putting up with daft questions, and answering them!

Sir Andrew Ridgway – for giving us the bigger picture of Bobsleigh and for very entertaining company!

Gary Anderson – Bobsleigh Performance Director – for having faith in us and our capabilities!

Neil of Racer Ready Ski Mag for showing us great spots to film from despite his working at light speed!

Lee Johnston WYOG and Development Coach and all the Athletes – regardless of the pressures on them, they all accommodated our requests for filming time and interviews – Thanks Everyone!

[youtube]http://www.youtube.com/watch?v=b05lBVgs2_Q[/youtube]
The documentary so far – all video and music created by Big Ant Video.