What a day! Woke up to deep snow and an appointment at BBC Radio Derby at 8:00am. Left at 7:00am and arrived in the car park at 07:45 after a slippy journey into Derby.

Dave Smith Team GB Bobsleigh arrived shortly after, and we soon had the bobsleigh unloaded and ready.
Phil Trow from BBC Radio Derby came out of the studio and interviewed Dave, and made use of the bobsleigh by sitting and having photos taken.
Everything back in the car for a move to David Lloyd Gym in Pride Park Derby for video interviews and a photoshoot. Lots of activity with the set up, but we managed to get great footage of Dave, and were lucky enough to capture Dave with Damon Hague former WBC Super Middleweight Champion.

Simon Mackney from Mackney Photography was there capturing the whole shebang on photo. Once we had got the team from David Lloyd to have a group shot with Dave and the bobsleigh, we packed up and moved over to The Derby University Enterprise Centre where Dave was interviewed regarding his training regime, his belief in himself and his determination to reach the 2014 Olympics!
All in all a good day with some genuinely great people who were a pleasure to work with. 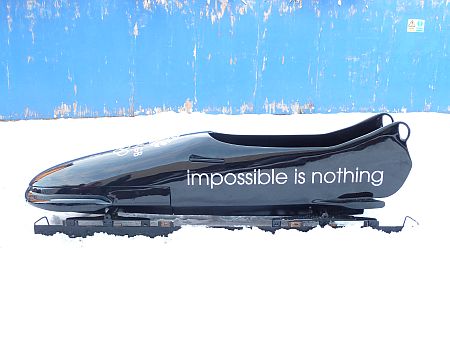 The demo bobsleigh. This 250kg beast was loaded and unloaded 10 times during the day! 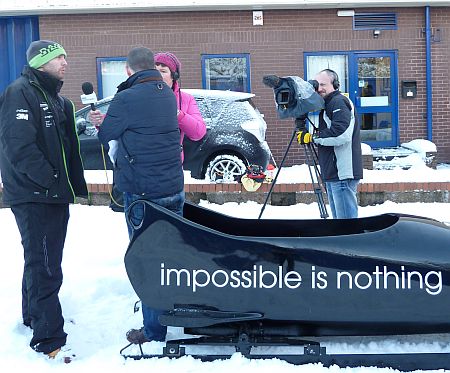 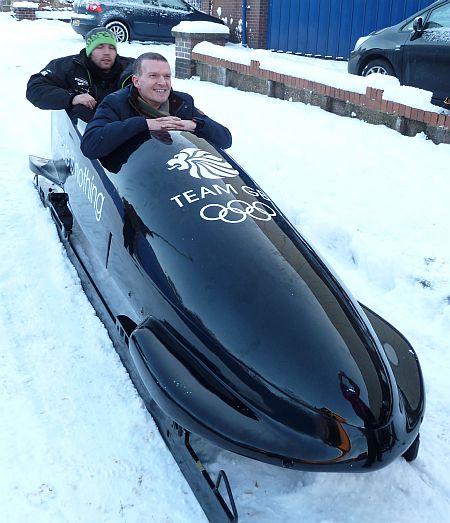 Dave Smith and Phil Trow testing the bobsleigh for size – good job the runners weren’t fitted, otherwise they’d have been off! 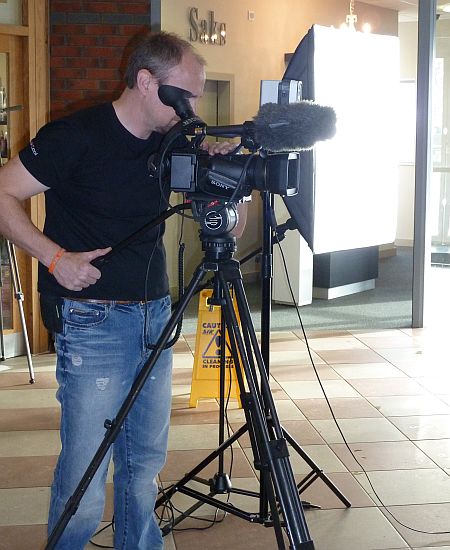 When it comes to the outdoor shots the snow couldn’t have been timed better. 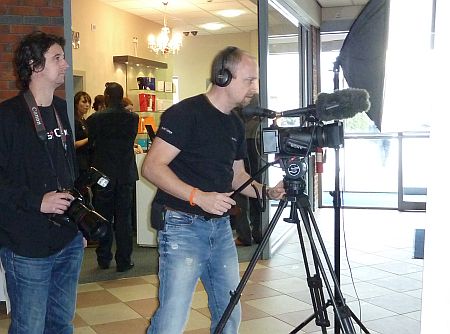 Steve from BigAnt Video and Simon Mackney from Mackney Photography. 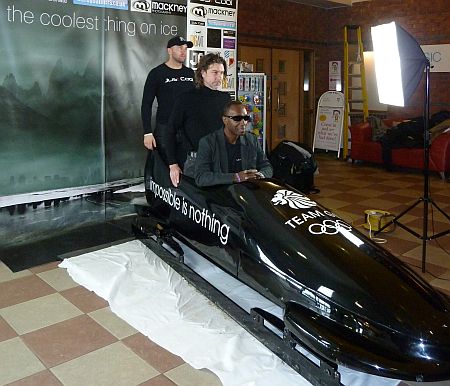 Dave Smith and Nick Newcombe from Derby Banners who provided all the banners and backdrops. 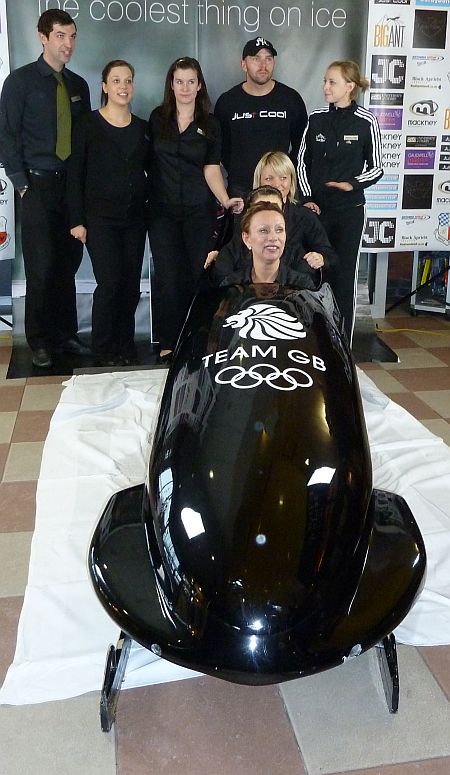 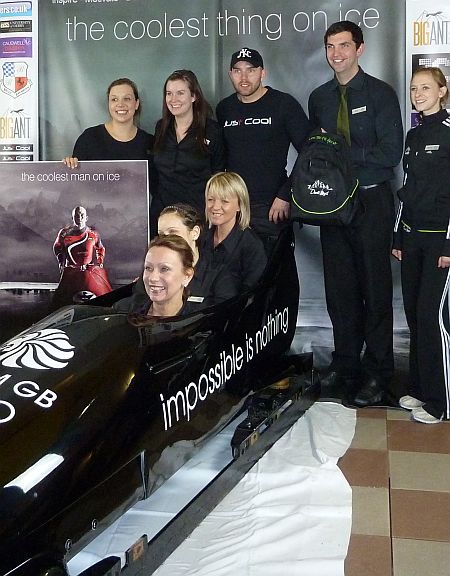 Come on Ladies – if you don’t lean you’ll never make that corner! 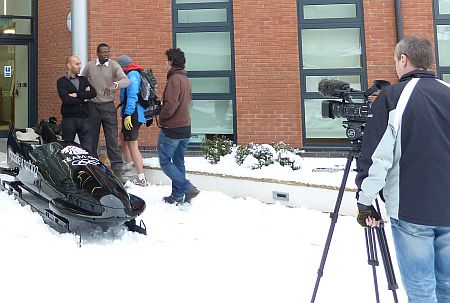 Setting up outside The Enterprise Centre in Derby. in this photo we have Steve, Tony and Sach Parmar from Black Apricot Creative 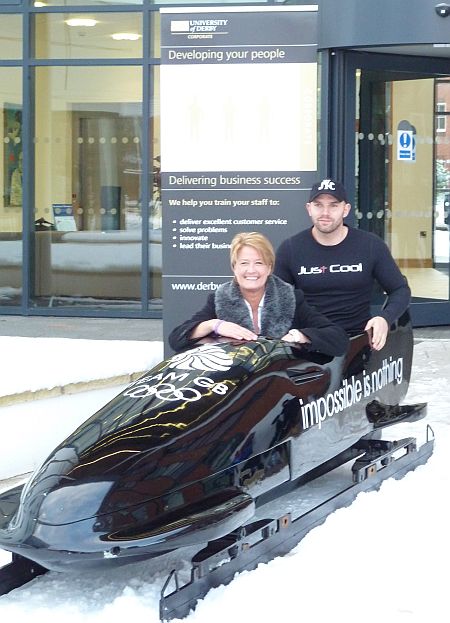